Skip to content
My Tweets
Posted on November 1, 2018 by formercactus 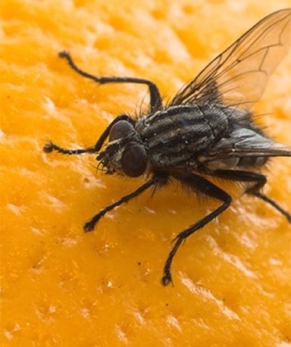 Sylke listens to young Master Laide speak every way but straight, standing just two steps behind him on the hilltop overlooking his family’s cotton fields. Same fields her family been working for more numbers than she knows, but that’s not something young Master Laide keeps in his mind. Ideas form twisted sentences that peel off the creasings of his lips, leaving broken echo trails Sylke can’t seem to make sense of. When he gets like this, shoulder blades making mountains and hands doing all the things hands do when given nothing to hold on to, she listens for the whispers.
At least the insects remember she’s there.
Two dragonflies, drunk on morning sips of pond drops and mayflies, try landing on the young Master’s words. Both caught up in wingbeats and filled with dares, neither realizing it’s impossible to land on the breathings of words and ideas.
A ladybug frets over her grass blade perch, sighs while scraping away bits of dirt, but keeping the specks in order. Bits left behind show no effort made to the cleaning of things while specks show just enough to make her expected guest feel comfortable. Sylke tries to count the black spots on the ladybug’s shell, wonders if they count as bits or specks.
Until the lady bug clips her wings.
It’s rude to stare, especially while a lady frets over things that can’t be helped.
“Barbaidy.”
Her owned name finds her between dragonfly beats and ladybug sighs.
“What do you see?” Young Master Laide asks more to the air than Sylke.
She sees her mama, Abigail, head poking between cotton puffs. Her daddy, Tyn, stealing peeks at her mama and smiling every time she dares to look his way. Odie, the oldest woman the Master owns, chewing cotton leaves while getting lost in the hummingsof songs everyone in the field knows but can’t say how. Sylke notices the flies dancing to the broken song, gnats poking fun at the dragonfliesthat form zigzags to avoid one another. A young ladybug with three spots and an orange shell, lost, trembles while muttering all her worries.
“Cotton, Master Laide,” is all she says cause she knows it’s all he expects her to see.
Young Master Laide scratches his chin, a habit he picked up from his daddy when a thought gets too big to be said all at once.
“My inheritance.”
She keeps quiet. Best to let the young Master keep on with the thought pulling on his mind.
“What I’m owed,” is all that remains of that thought.
Then he looks at her and Sylke sees pieces of the little boy who climbed to treetops never wanting to come down. Who begged her to convince the bees to share their honey and sat close enough their shoulder’s touched under the shade of willow trees. Neither of them needing words, or she not needing them, young Master Laide keeping all of them to himself to share shattered ideas while she’d try to piece them together.
“All my father sees is cotton, tobacco, and slaves.”
Young Master Laide collects his spit and shoots it from between his lips, something meant for the dirt but instead lands on the toe of his good shoe. Sylke swallows a laugh that continues its vibrations deep into her stomach.
“What does your father see?”
Sylke doesn’t need to look at him to know his eyes are holding on to her daddy. Always asking questions about how to talk to insects, anger swelling inside him when he couldn’t manage to bend his tongue the way she and her daddy can. Insects don’t have a need to talk with someone who won’t take the time to listen. Especially when that someone keeps reaching for things they can’t claim, but do so by choking every bit of good out of what can’t be owned until not much life remains. The pricks of fear stretch along Sylke’s arms. Even in the heat of the sun she’s cold, wishing young Master Laide would get his eyes of her daddy still kissing the air between him and her mama.
“Cotton Master—”
He grabs her chin, makes her look him in the eye for the first time without permission since they were little. She doesn’t know how much time slips by, his nails digging into her skin until she feels them pressing on her jaw. All she knows is that he’s carrying his mama’s eyes, dark blue and hiding everything he doesn’t want her to know. “I think you both see much more than just cotton.”
She can hear it in the breaths tickling at her cheeks. The way his words shift from just him to him and her going to places only he can see but she can’t even speak on even if she knew what to say. Sylke knows her place, to keep the pain to herself even though she wishes she could sink her teeth into the stretch of skin connecting his thumb to his pointer finger.
She hates the way her spirit bends just to settle into the safe space her daddy taught her to hide in.
Young Master Laide laughs before releasing her, gaze returning to the cotton fields below.
“Cotton. Tobacco. Slaves.” She hears him say between tongue clicks.
She looks back to her mama bending low, hiding from the sun and her daddy flicking his left ear to keep the insects from distracting him from his work. To Odie sucking her teeth, smacking a young boy on the back of his head for trying to start a new song in the middle of hers.
To the dragonflies, ladybugs, gnats, and flies, all staring at her, whispering questions she cannot answer, words coming in crooked breathes she can’t keep from her mind.
Questions she’s not ready to slip past her lips, afraid of the way young Master Laide’s mouth bends taking in her presence.
“Cotton.Tobacco.Slaves.”
And between every breathe he takes, the insects whisper,
Mine.

K.B. Carle lives outside of Philadelphia, Pennsylvania and earned her MFA from Spalding University’s Low-Residency program in Kentucky. When she is not exploring the realms of speculative, jazz, and historical fiction, K.B. avidly pursues misspelled words, botched plot lines, and rudimentary characters. Her stories have appeared in FlashBack Fiction, The Molotov Cocktail, The Cabinet of Heed, Pidgeonholes and elsewhere. She can be found at her site or on Twitter.