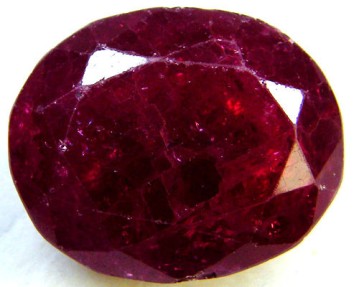 Nisha clutched the necklace the whole time in the church. A delicate reminder of her mother’s love, a 40th-anniversary gift. Her father stood, spluttered about picnics, biriyani. Her hand tightened, the ruby left a deep indent on her dry palm. Always this difficulty expressing his feelings.
In her empty kitchen that evening, she turned the ruby to the light. A strand of blue-black hair, darker than hers, caught in the weave. Shiny as any precious gem.
A key turned, her father strode in, steered a thin stranger by pushing her elbow.
“I want you to meet Kitty.”
The zip on his trousers half-open, a tiny leaf-shaped bruise under the woman’s ear. The snap as the stone broke. A fake all along.

Anita Goveas is British-Asian, based in London, and fueled by strong coffee and paneer jalfrezi.  Her stories are published and forthcoming in the 2016 London Short Story Prize anthology, the Word Factory website, Dodging the Rain, Rigorous,  Pocket Change, Haverthorn journal, and Riggwelter. She tweets erratically @coffeeandpaneer.