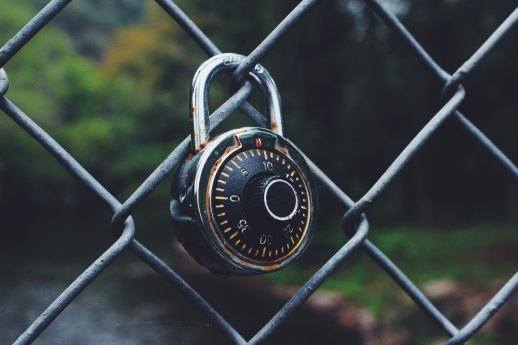 According to Mom, I was always good with words. One story she tells every time the neighbor women visit to drink, when I retreat to my childhood bedroom to sleep hide under the covers, occurred when I was seven years old. After my first/third step-dad, a white trash Nascar enthusiast with stinging rings on his fingers, purchased claimed the house bungalow at the government auction, he removed me from school to work on the basement. In the middle of the room stood a sad-looking rusty safe left by the previous owners: it was too heavy to carry to the curb, where my step-dad threw everything he deemed trash, like my mom’s self-help books, and my Spelling Bee trophies and baseball gloves.
Over the first three months, we were burgled five times. Our house is trash, my step-dad screamed, finishing Milwaukee’s Best cans in whole slurps, Who would steal from us!! One day when we were removing asbestos from the basement’s insulation, he lost his balance and fell into the safe. He held caressed his bleeding temple and cursed at me until he collapsed, inebriated, on the moldy floor.
He found discovered me hiding in the weeping willow outside my bedroom window (I can still see the thirty-year-old height-notches carved into the tree: Randy 8, Randy, 10, Randy 12). He grabbed me and shouted It’s the safe, It’s the fucking safe, explaining more to himself than me that all the HVAC men, plumbers, and painters contractors hired during the past months had seen the safe and inferred we were rich. He looked probingly at the safe with his hands on his hips. Fuck Me, he spat.
His solution was to load de-safety all his pistols, fill all his liquor bottles, and guard the safe 24/7 like a sentinel, which resulted in manslaughter charges and him being taken away, Mom explained to me. Randy, she added, You’re the man of the house now. I decided if I were the man of the house, the first thing to take care of was the safe, which was ironically paradoxically symbolic of how unsafe our home was. I opened the safe and wrote in orange crayon on my Mathlete certificate “THERE IS NOTHING INSIDE ME: TAKE ME HOME.” There were no more break-ins after that.
Once, I saw a homeless woman with a carpet draped over her shoulders holding a sign that said read “take me home.” How many others are there like us, silenced under covers, moaning to themselves “there is nothing inside me,” desperate for home/meaning/connection? I shove off the covers and crawl to the bedroom door and open it, hearing them the neighbor women ask how is Randy and Mom’s desperate defeated voice ragged from Absolut and Virginia Slims sighing Randy oh Randy was always so good with words, he was a Miracle Child, let me tell you a story…and they go awww, what a special little man, you must be so proud.

James McAdams has published fiction in decomP, Superstition Review, Amazon/Day One, Literary Orphans, and B.O.A.A.T. Journal, among others, while presently shopping a collection of short stories. One of his works was nominated for a Pushcart 2019 by The Matador Review. Currently, he is a Visiting Assistant Professor of English at the University of South Florida.  His work can be viewed at jamesmcadams.net.