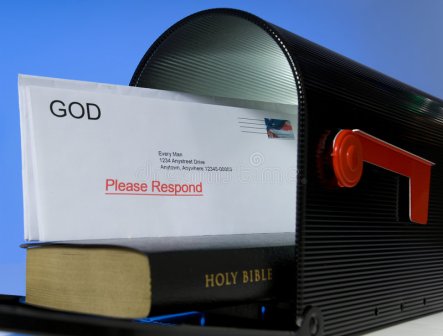 Susan Daitch is wearing a garland of faux conflict diamonds. One bauble is missing. “Life does not begin on page 1,” she whispers. We attend an event to raise money for children in Sierra Leone. Protesters circle the hotel asking not what fear does to a child but what Satan does to a county who worships children. Permissive parents text stay-at-home nannies to be on the safe side. They pay money for childcare to cut hot-dogs into bite-sized pieces. Protesters ask what we plan to do for the unborn of African countries. If abortion is murder, why do we permit the droughts? If Ebola is God’s gift to gayness after HIV attacked Romanian orphans and absconded its moral clout, why not mail them Bibles? The word is a cure for leprosy. Ebola has nothing on Ecclesiastes. Susan Daitch steadies herself against the dias. MTV is here to bridge the gaps between yippies and millennials. We need a cephalopod to save us from the coming flood. An arc is old-hat and over-loaded. An octopus saved the Italian town of Tellero by ringing the church bell tower to warn of coming invasion. A statue marks the spot. It will take a different species to save us. An angiosperm with good-looking vision. Octopus vulgaris lives everywhere on the plant for now. Susan Daitch is wearing a garland sold on Amazon by an Appalachian miner-turned-craftsman. His name is Mike. He makes art. The necklace is subtitled “Infections Anxiety.” The title popped up in an online ad while he googled for prostate help. One bauble wobbles like patriotism under budgetary pressure. Protesters call for an end to sale of fetus eyes. The range of faces is a legend carved from Crayola colors. The limit is sixty-four colors. Ten fingers total. Hearts stopped in a civil rights movement. A statue marks the spot. Susan Daitch is wearing a garland of frozen fetus fists. Protesters demand federal laws to force funerals. An Alabama housewife is tried for hiring a urologist to put her husband to sleep and perform a vasectomy. The husband is taking words back. He wants consent. He wants reproductive rights. He wants the housewife to be punished. Protesters wave signs for men’s rights. Take back the night. Restore the little swimmers. Adopt an orphan from Sierra Leone. Teach that baby wrong from right. A spanking will show them who’s boss. A missile will make them behave. A teensy ground war will put these hipsters in their place. A hole in the hotel floor is broken hip risk. A word on a sign is a warning. Any body we touch is a vagiplexus. The vagi plexus muscle builders sell off the shelves. Susan Daitch is wearing a garland and crying. I think love can build a bridge between 80’s cock-rock and post-indie. Protesters demand an end to health care. They want to keep dental care. Studies show that dental care is rarely answered by prayer. White screamy teeth remain an over-developed problem. I have given myself to unions forged in Hilton hotel lobbies. I would give ten faux Saharan elephant tusks to do it again. I would give anything to keep Susan Daitch from weeping and wearing that garland.

Alina Stefanescu was born in Romania and lives in Alabama with her partner and four small mammals. A Pushcart nominee, she has pieces recently coming or forthcoming in various journals, including NANOFiction, VOLT, Pilgrimage, Flock, Split Lip Magazine, DIAGRAM, and others. Her first fiction collection, ‘Every Mask I Tried On’, won the Brighthorse Books Prize. She can’t wait for you to read it. More online at alinastefanescuwriter.com or @aliner